Starting with the RCO-tool version 2.4.5 some exciting and powerful functions have been implemented.

In particular the extended functions of the program module editor stand out. It is now possible to predefine all datapoint types on program modules. Multi-data points, weekly schedules and annual schedules. Also alarms and even whole menus can now be attached to modules.

This means less programming effort due to the enormously extended possibilities of pre-configuration.

These include entire heating circuits, air handling, boiler controls and much more in one module, including alarms, schedules, interactive menus and even interactive web menus in German and English, custom-made for the RCO682.

While others are still programming, you are already doing the commissioning.

This is because not only the programming is stored in the modules, but also all data points, images, schedules, manual operating modes and alarms that are important for control and visualization. They are ready in no time and can take care of the rest of the system. As always, you will find the latest version in our partner portal. 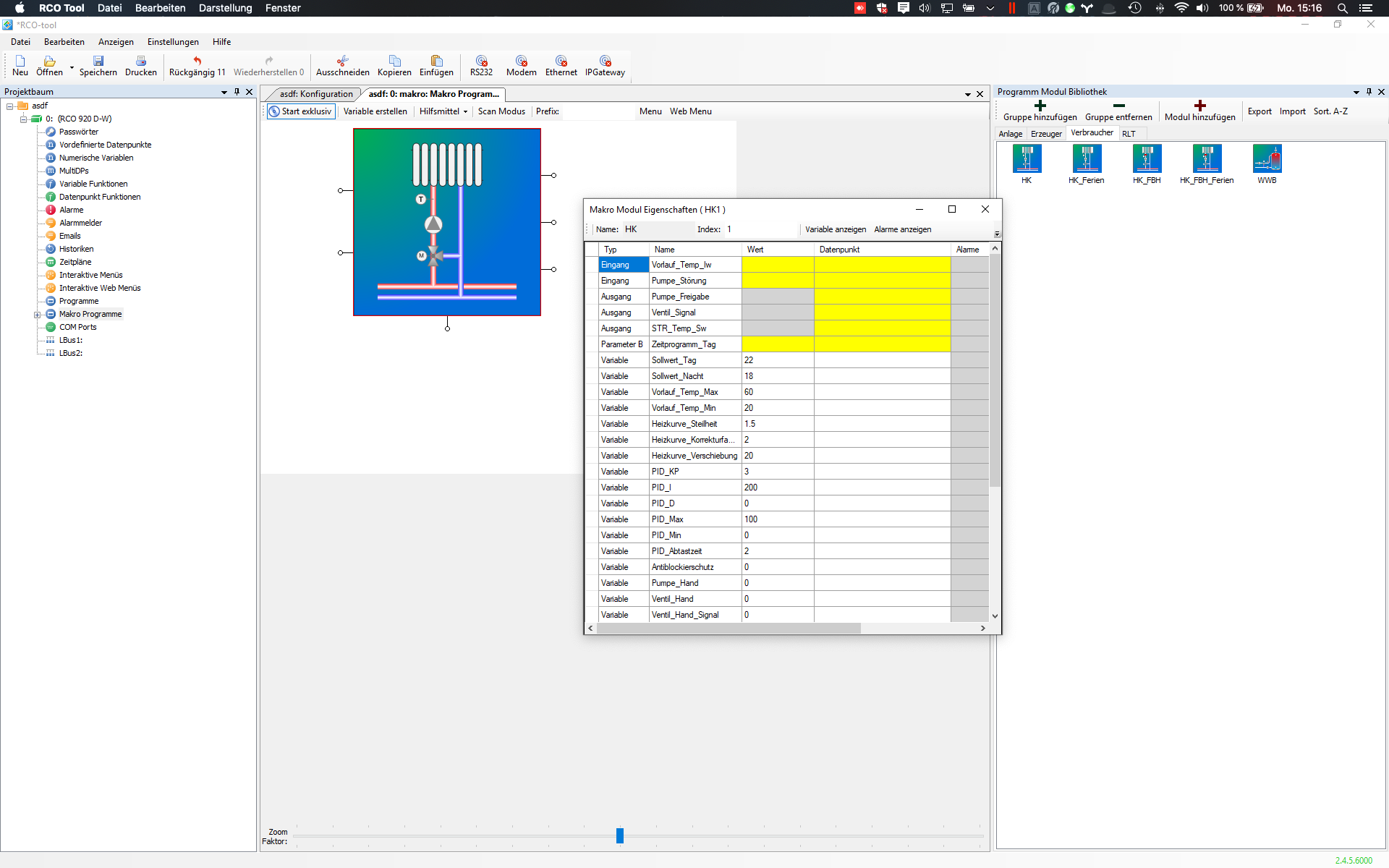 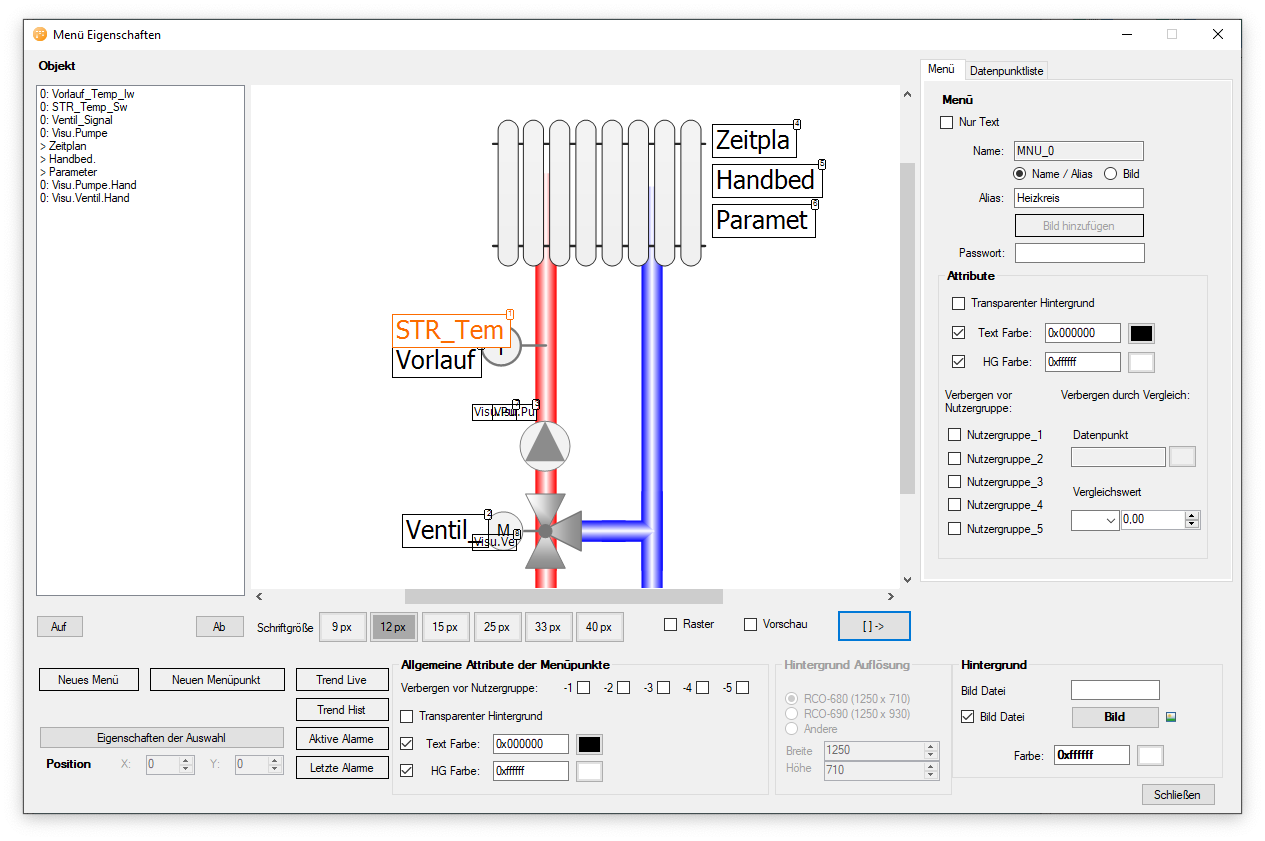 Our licensing model is simple. You buy a RCO tool, and that’s it. Because with us you don’t pay extra for the components, the data points or the support, everything is included in the purchase price. The components are freely accessible and can be adapted according to your wishes. And best of all, even the training is free!

With the RCO-tool you can quickly and efficiently program the controllers of the RCO-D series.

It doesn’t matter whether you prefer programming in English or German, with modules or even in plain text. The RCO-tool supports you and helps you to reach your goal quickly and easily. And if you are stuck, our competent support team is at your disposal, of cause free of charge. 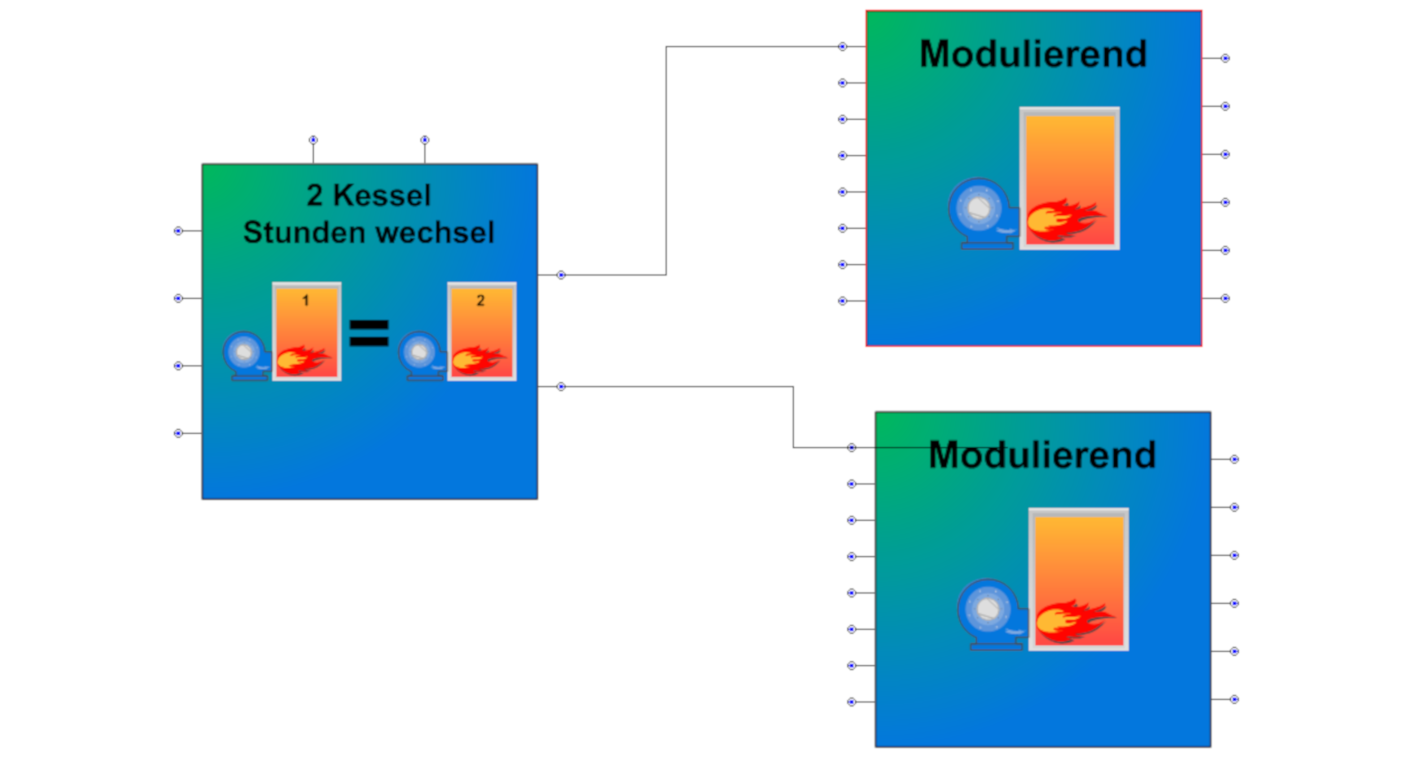 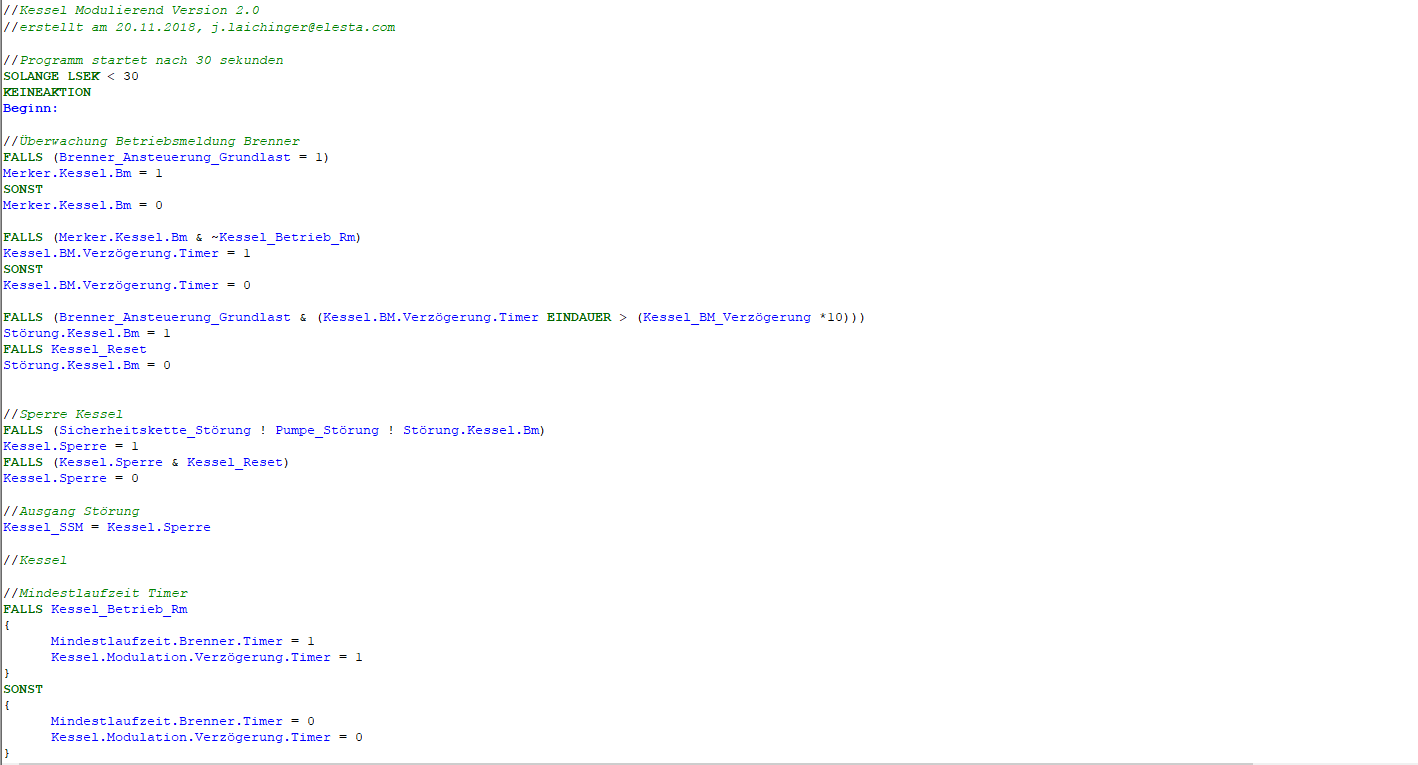 With the RCO-tool we deliver our module library. It consists of prefabricated modules for HVAC and RLT applications and is completely equipped with graphical visualization, web visualization, manual override menus, timeschedules and alarms. All modules are freely parameterizable and modifiable.

You need a module and can’t find it? No problem, simply contact our support team and we will create the module for you, of course free of charge.

Would you like to see the RCO tool and programming in action? No problem, just contact us and we will send you a technician to demonstrate the software and the full range of functions. So you can get to know the RCO-tool as well as technical and support staff directly. We look forward to your call! 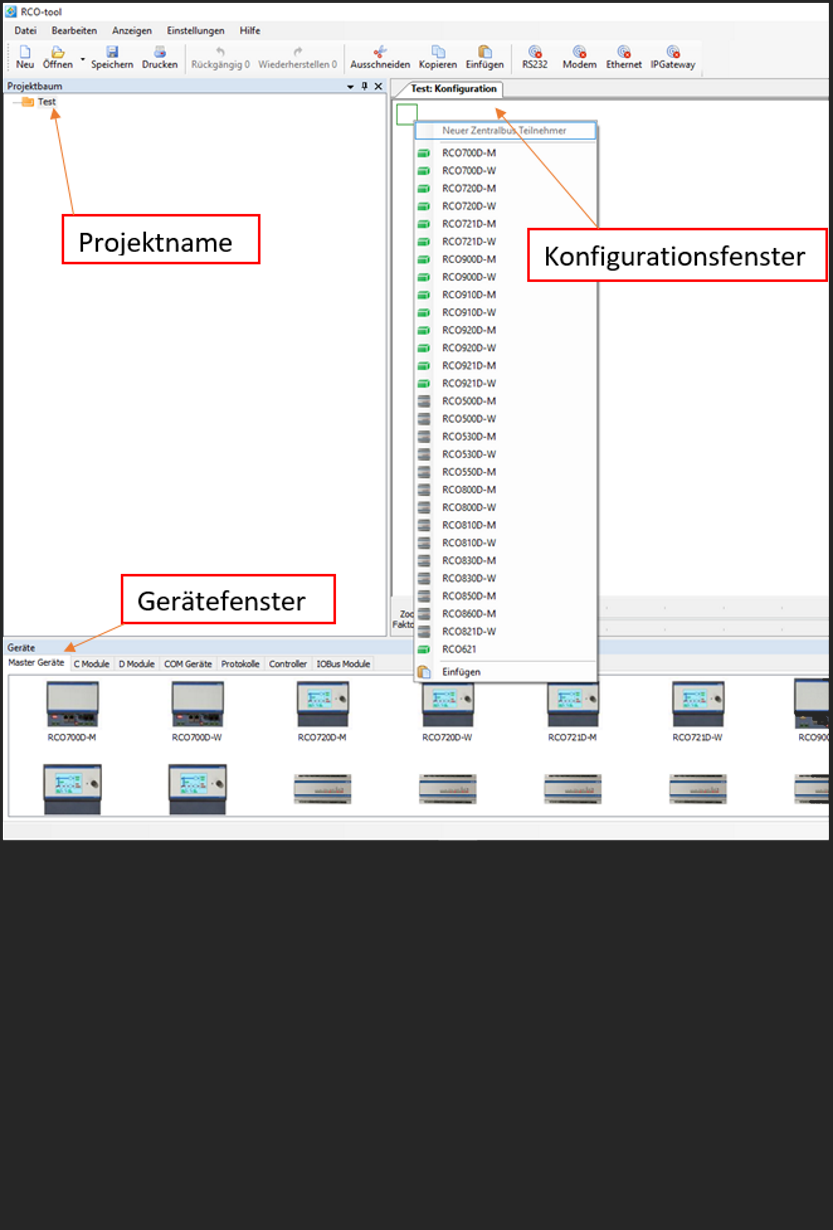 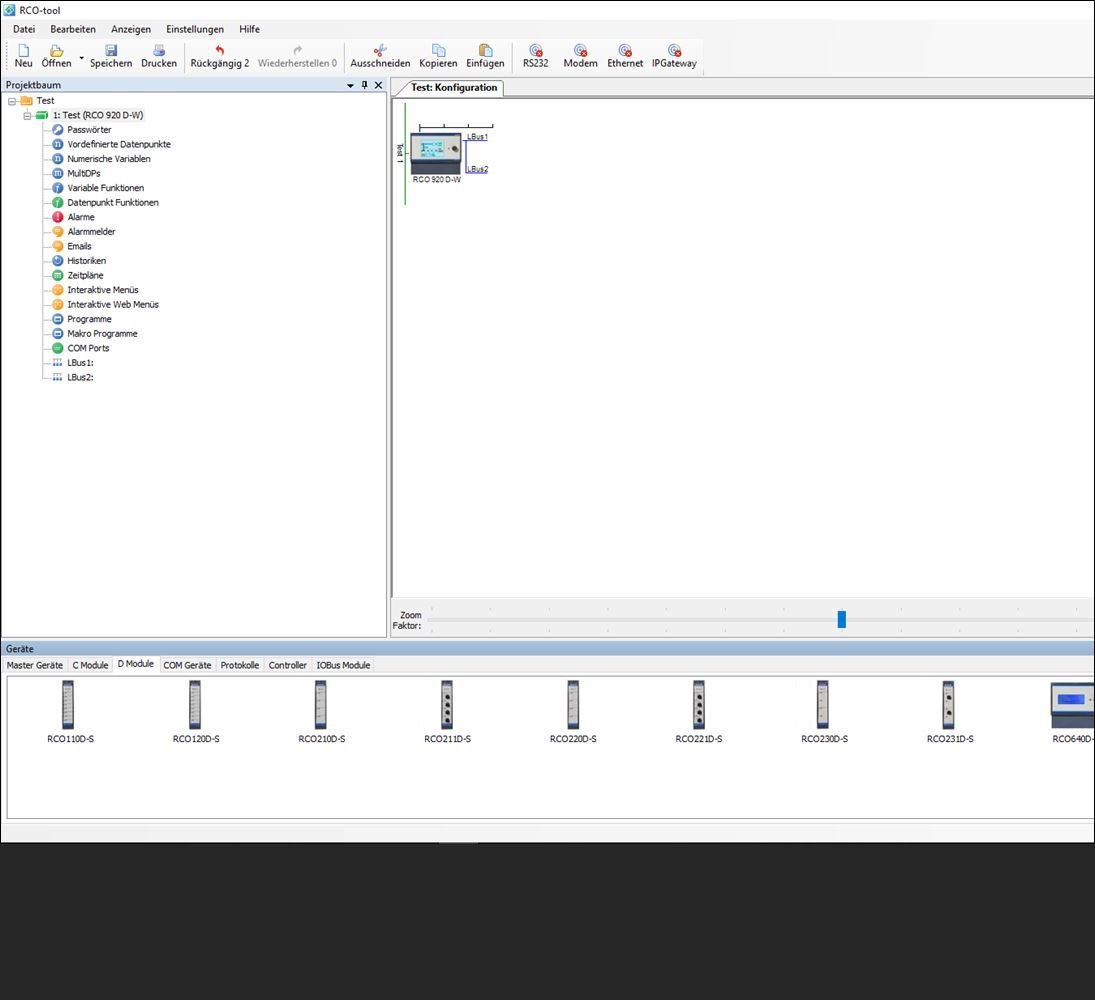 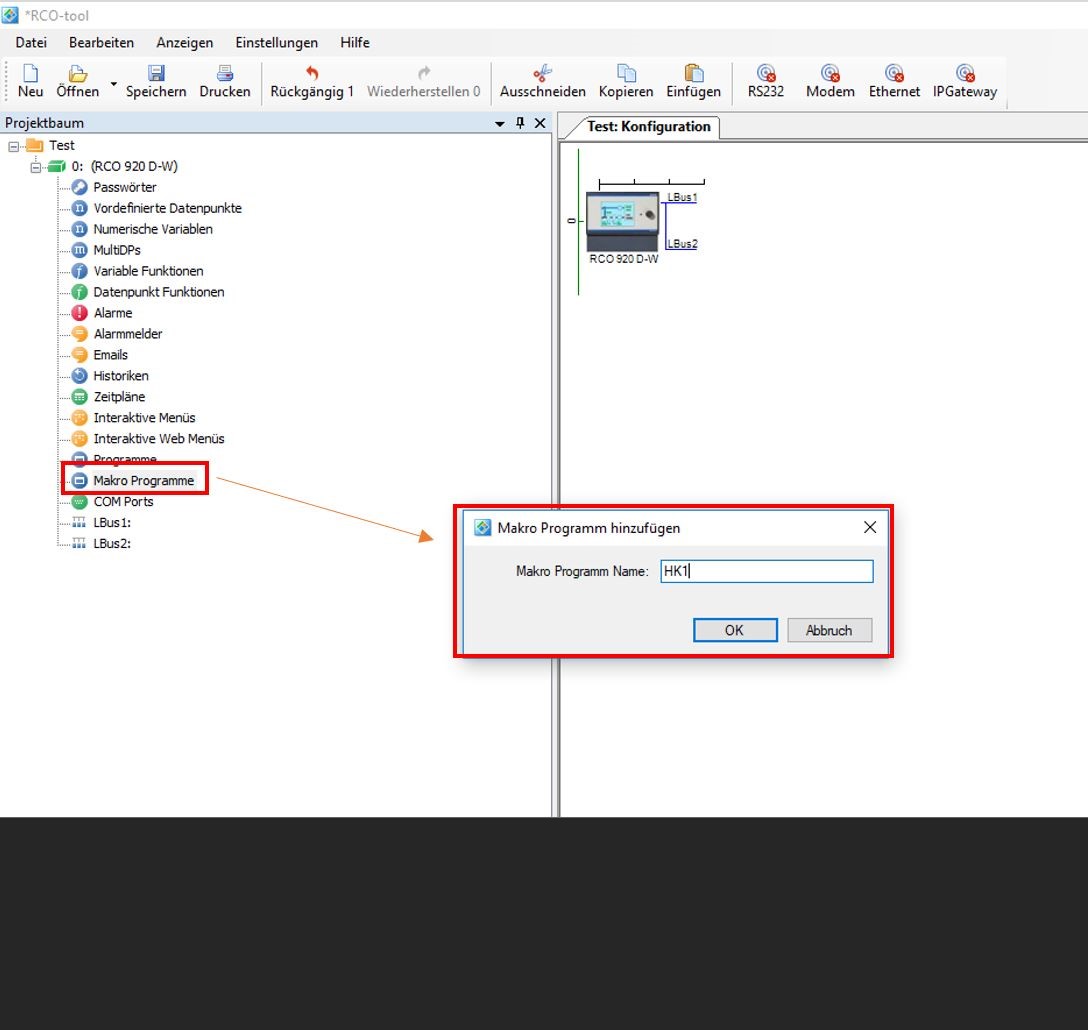 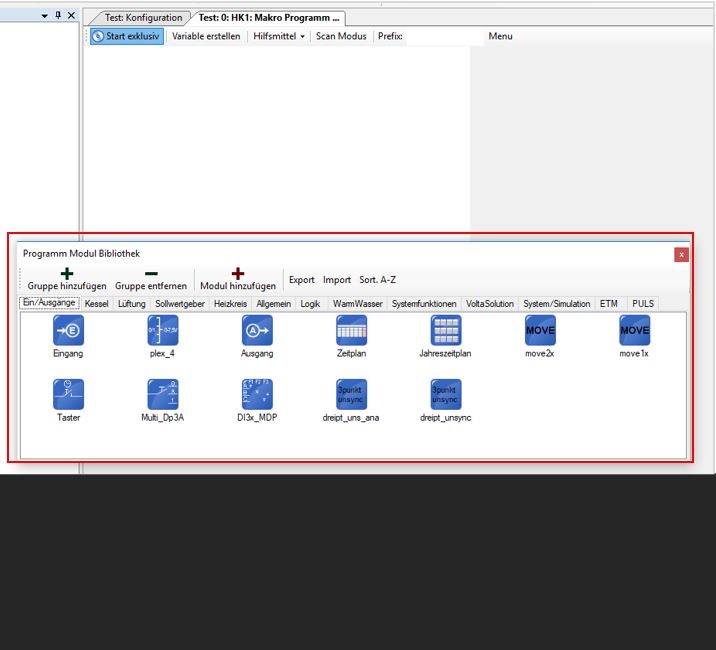 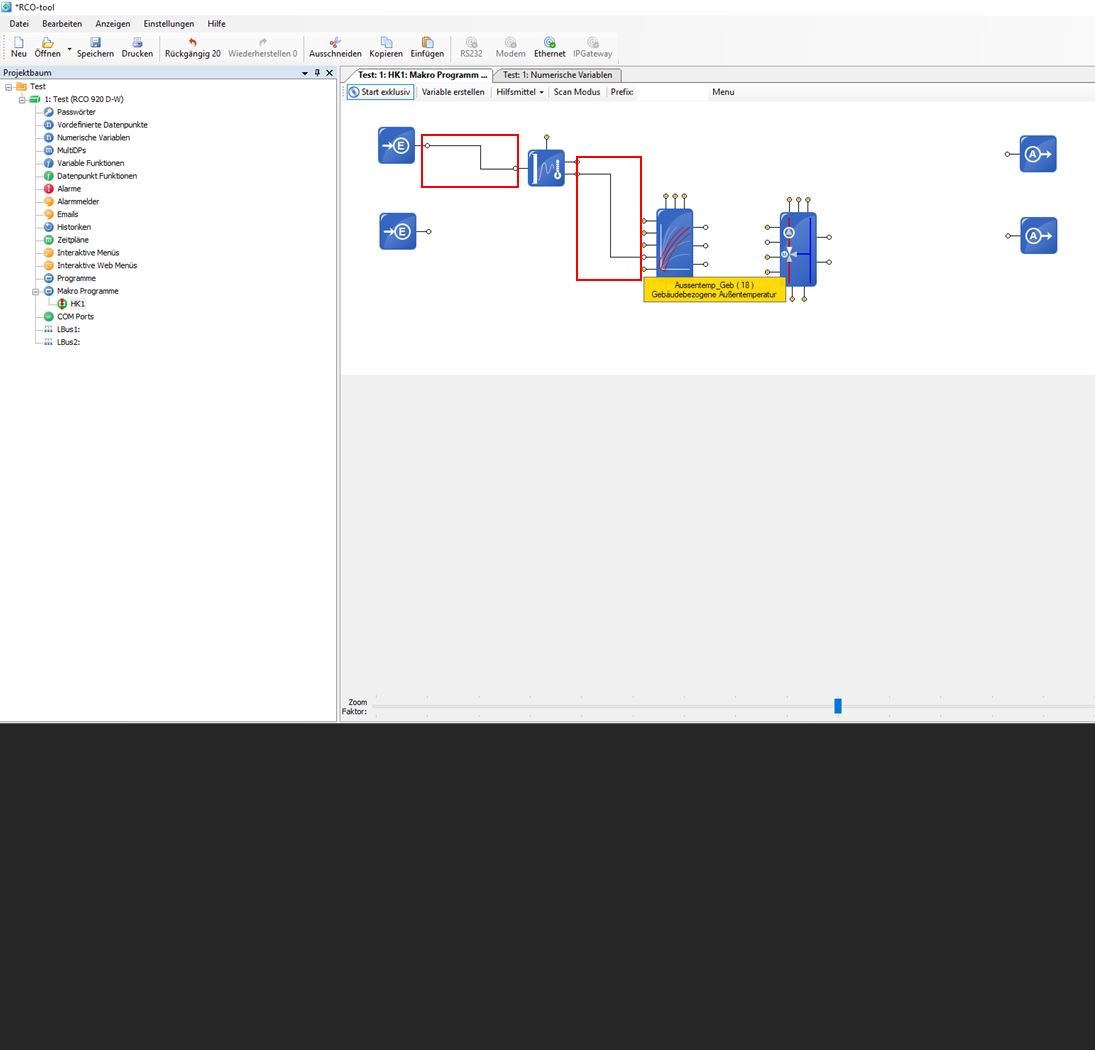 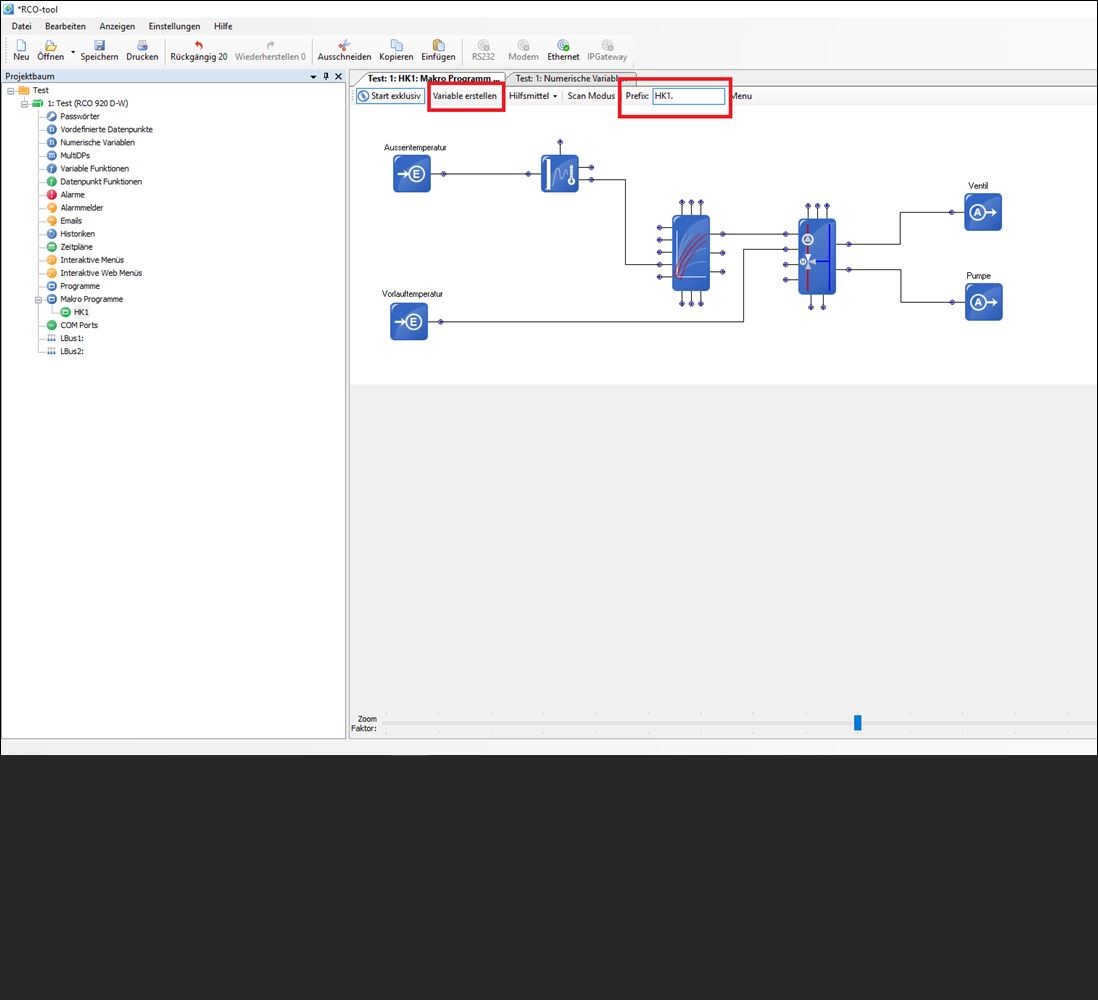